CSS Handles is a HTML elements identifier. Therefore, it can be used to customize any of your store components by simply using CSS classes through the store theme's code.

At the end of the day, CSS Handles are nothing more than your store's layout building assistants. Follow the step-by-step below and find out how to use them in a fast and simple way! 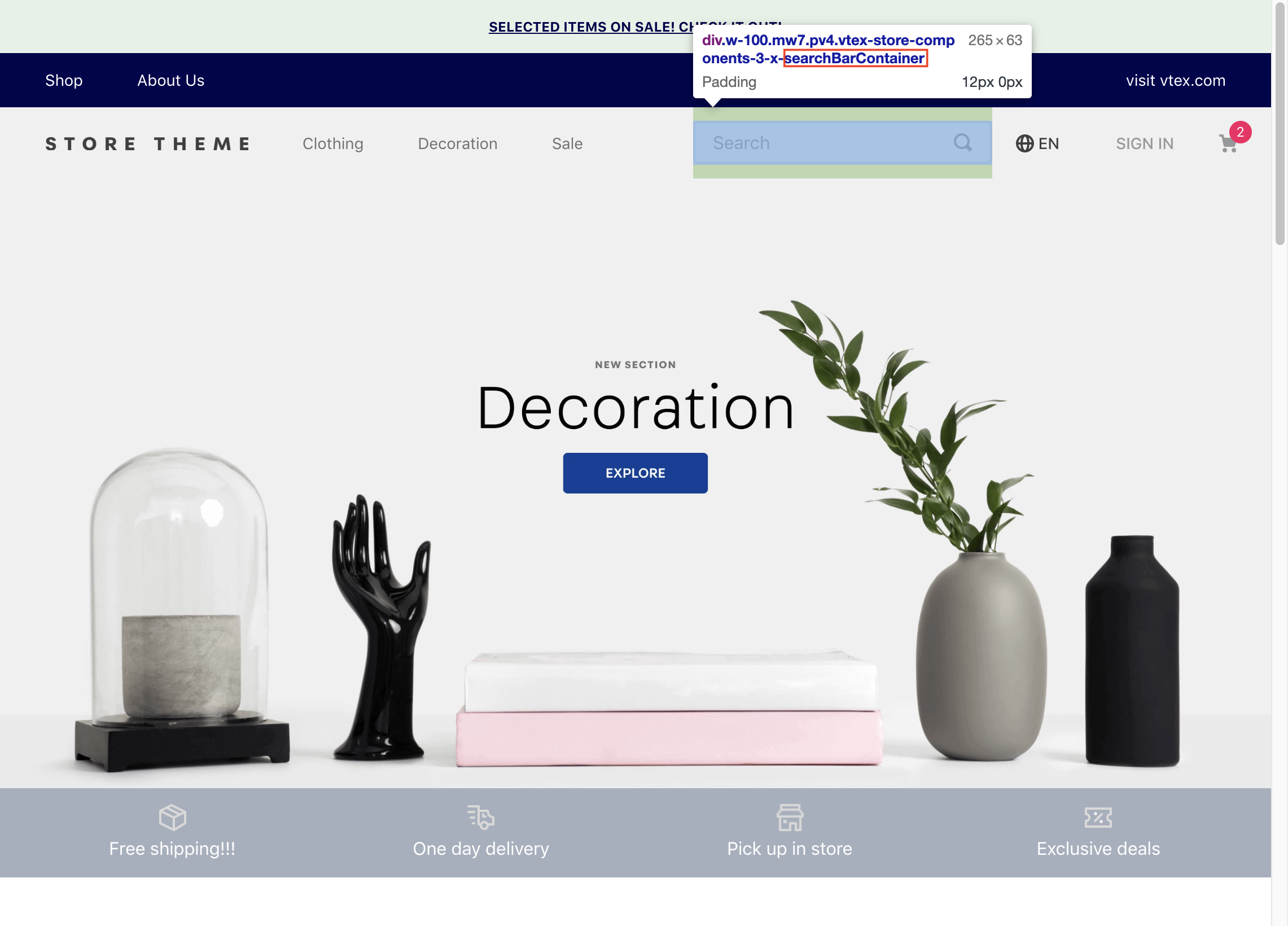 During the inspection, bear in mind your store's following component identification structure:

Remember to replace the value inserted in the keys with real values, according to your store's scenario.

Following the example given above, we get: 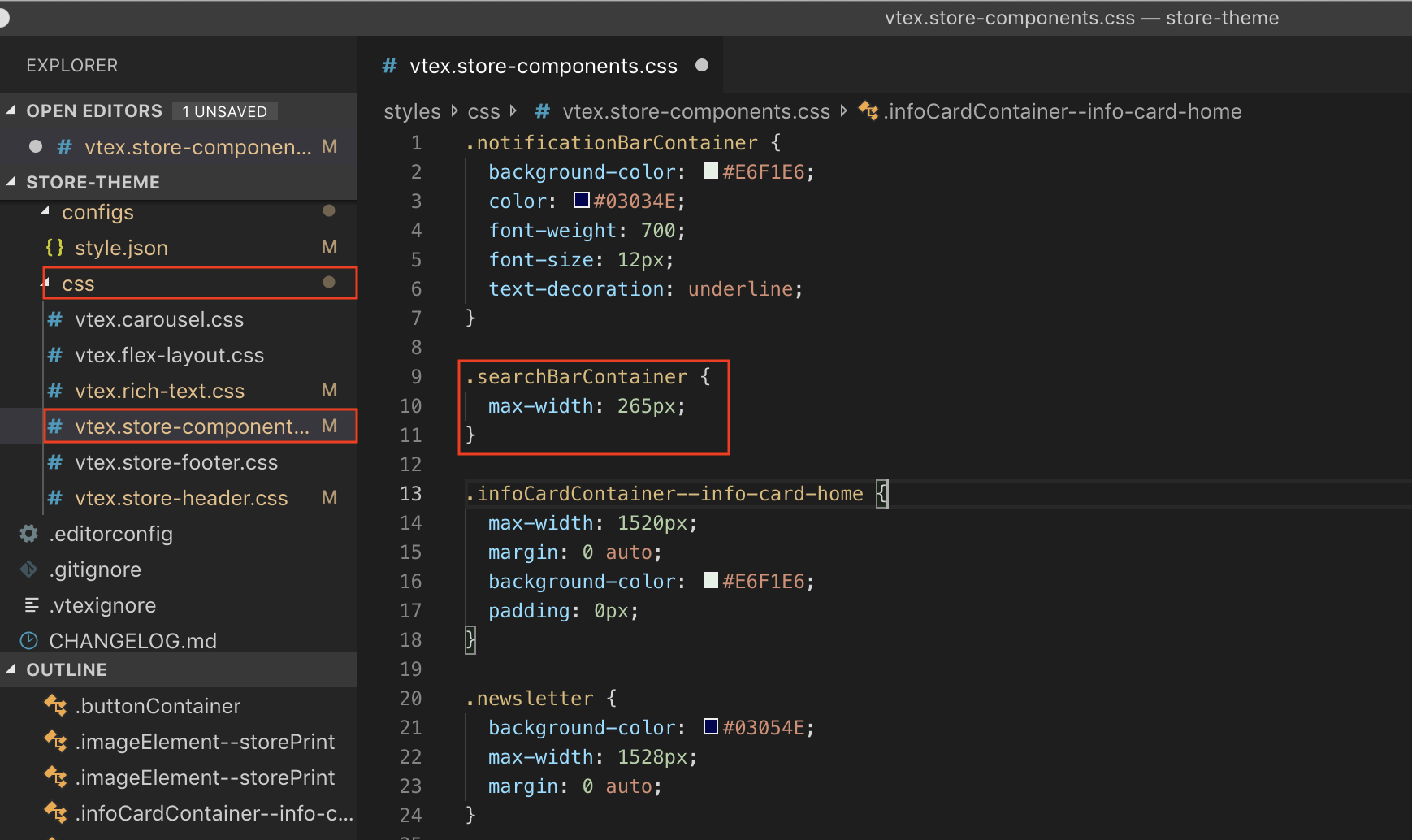 Once you app is linked and the changes duly saved, the new customization should immediately be reflected onto your workspace.

Our team is constantly working on developing CSS Handles for every possible store component. If however your are unable to find a CSS Handle for a component you wish to customize, share this scenario with us at Store Discussion.

In order to standardize CSS customization and avoid any potential breakdown in layout, we recommend store customization to be performed exclusively using CSS Handles.

However, it's common to come across store scenarios whose customization uses CSS Selectors. As the name implies, they are used to select elements for CSS customization according to the page HTML hierarchy.

This customization practice by HTML hierarchy was mostly deprecated. It means that only the CSS Selectors listed below will continue to be allowed for your store customization:

Any CSS Selectors not on this list, such as :nth-child(n), foo > bar and [alt="bar"], will no longer be accepted by Toolbelt during the linking of the store's theme with its local files.

Bear in mind that any customization that uses CSS Selectors is dependent on a HTML structure that, when changed, can break the retailer's desired customization. Always opt to use CSS Handles.
Edit this page on GitHub